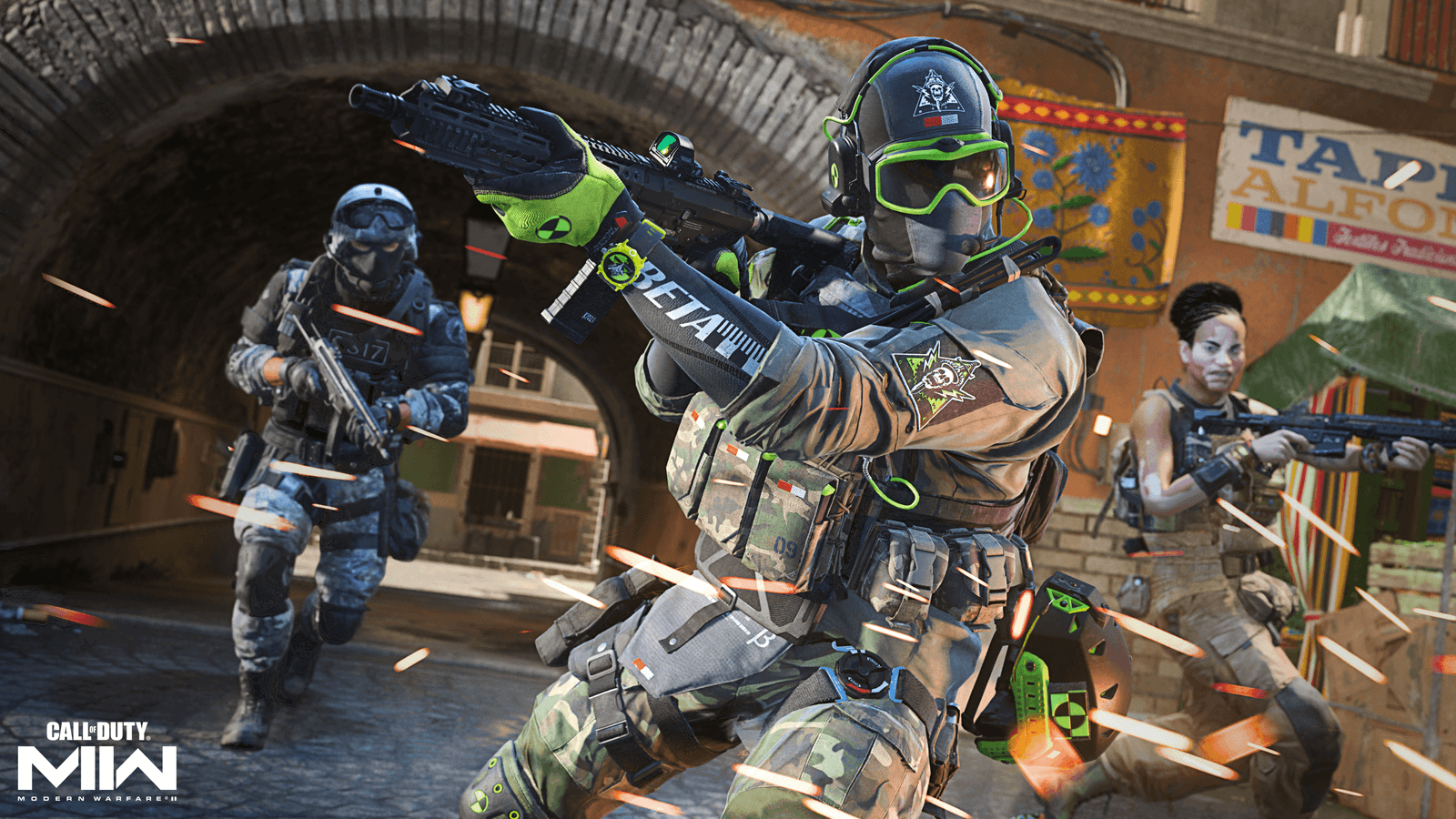 The Call of Duty series is a first-person shooter video game franchise created by Infinity Ward and published by Activision. The series is known for its intense, face-paced gameplay and realistic military setting. Each game has its own unique story and setting, but always revolve around themes of warfare or military conflict. The franchise includes several sub-series, including Modern Warfare, Black Ops, Warzone, and Mobile.

In the core series titles of the franchise, players take on the role of a member of a military unit and engage in combat in both player versus player and player versus environment game modes. Featuring a variety of different weapons and equipment, such as shotguns, rifles, and explosives, as well as vehicles like tanks and helicopters.

The most recent competitive titles in the Call of Duty series are Modern Warfare II (2022) and Warzone 2.0 (2022). Both titles are rated M for Mature.

Modern Warfare II features teams facing off against each other in different game modes, like Team Deathmatch or Capture the Flag. This title is the most recent core series title, and is expected to have a competitive lifespan of two years.

Warzone is a unique experience for players, as it features a Battle Royale game mode, which pits players against each other on one large map who start with minimal equipment and then must eliminate all other opponents while avoiding being trapped outside of a shrinking "safe area," with the winner being the last player or team alive. This title is free-to-play.

Sign-up for alerts on our latest blogs with our LeagueSpot newsletter.