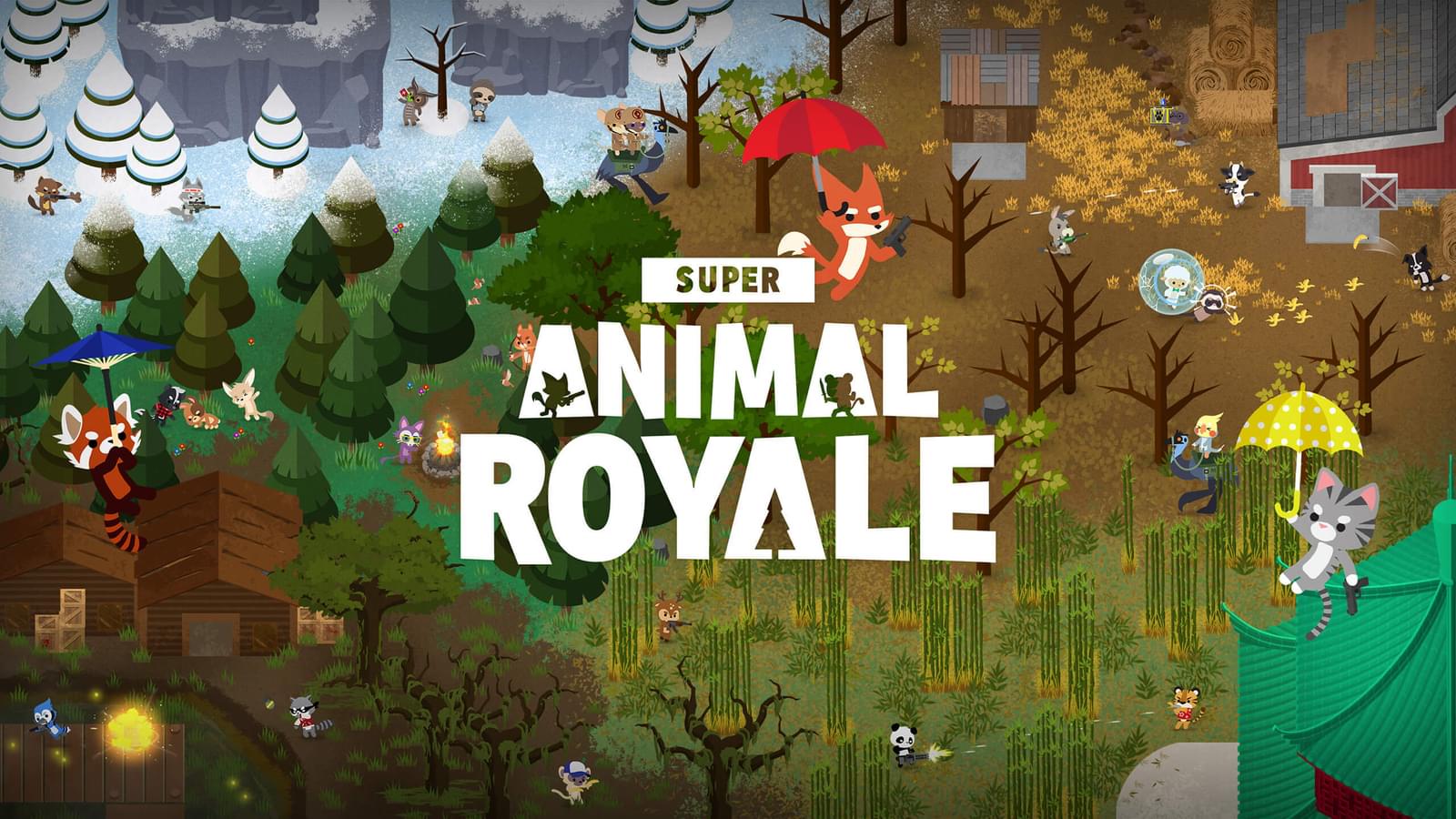 Super Animal Royale is a free-to-play top-down 2D battle royale developed by Pixile Studios and published by Modus Games. Players control an animal and battle it out in an up to 64 player lobby using various weapons to eliminate other players and claim victory. The game is rated E10+ for everyone ages 10 and up.

Unlike many other games, there is no ranked system. There is only a leveling system. Collect hundreds of animal breeds through the DNA system. Customize them with thousands of cosmetic items, weapons, outfits, and even umbrellas! Additionally, there are events and updates filled with seasonal items and new content.

There are two editions of the game, the regular edition and super edition. The Regular Edition still allows you to play the game, however, the Super Edition includes DLC and Super Perks that are tied solely to cosmetics. There is also a Seasonal Starter Pack that is only available that season.